Find resources and information to support General Biology I students. 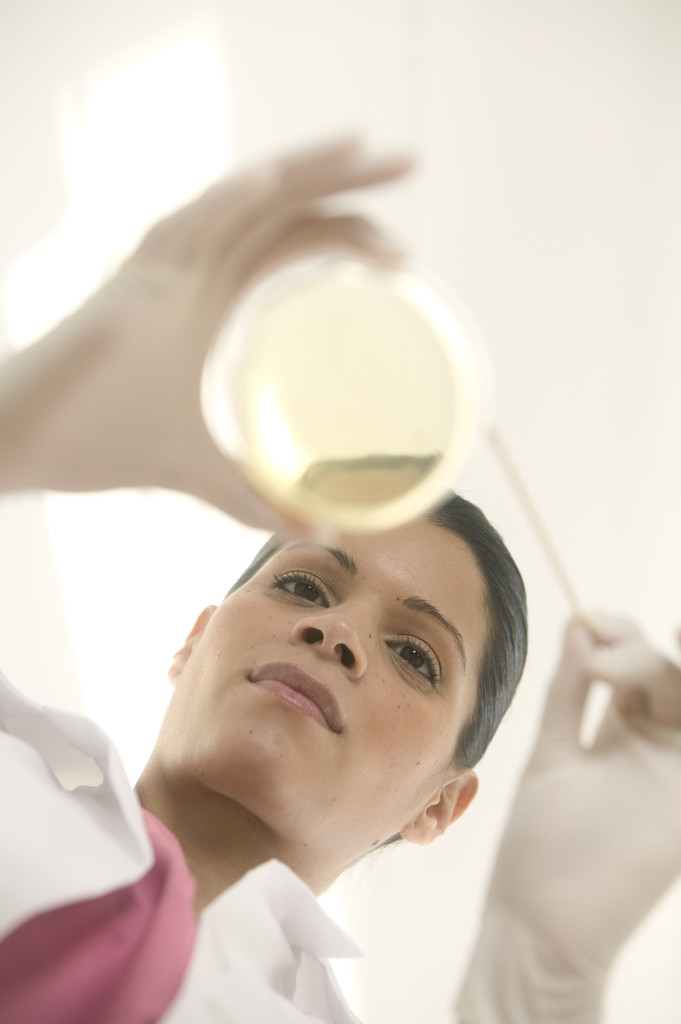 Jumpamine chloride (JCl) is a natural waste product of muscle metabolism in many species of frogs (Phrogsucker et al. 1957). In addition it was reported by Phrogsucker et al. (1957) that up to 60% of this chemical is reabsorbed from the bladder before excretion. This result led to a number of studies attempting to identify the advantage of reabsorption of this product. One recent study showed that injection of JCl into the bloodstream increased muscle mass in the leopard frog Rana pipiens (Hylaflex and Smith1988). Anurheight (1990) was the first to demonstrate an actual improvement in performance capability, by showing that swimming performance in the African clawed frog Xenopus laevis was improved by adding JCl to the diet. Subsequently, in another study, tree frogs (Hyla cinerea) that had been injected with JCl were found to have measurably larger leg muscles and were able to climb higher and more quickly than those that had not (Smith 1992). The mechanism for the action of JCl on muscle growth and muscle contraction is still unknown. It may interact with enzymes involved in muscle contraction as proposed by Smith (1992) or it may directly act on the mechanical properties of the muscles themselves. This has been proposed for the action of the hormone gogetemall on muscle growth in the tree lizard Philanthropus fabricus (Herpbrain and Phutz 1992). Concerns over a recent increase in doping with JCl in frog jumping contests suggests that further study of the effect of JCl on jumping performance is necessary (Twainson 1990).

The present study was carried out in order to see if JCl had any direct effects on jumping performance in frogs of the genus Rana. We hypothesized that the increased muscle mass shown in earlier studies (Hylaflex and Smith 1988) would result in improved jumping distance. We predicted, therefore, that frogs injected with JCl should have larger muscles and jump further than frogs that had not been injected with JCl.  Such a result would suggest the biological function of JCl reabsorption. We also investigated the influence of temperature in modifying the effects of JCl on jumping performance. Demonstrating temperature effects would shed light on the underlying mechanism involved in the changes in muscle induced by JCl. Based on earlier studies (Smith 1992) we hypothesized that JCl acts by affecting the enzymes associated with muscle contraction. If this is the case, and since increases in temperature also often lead to increases in enzyme activity, we predicted that jumping distance will improve exponentially with increases in temperature.

The effects of JCl on jumping performance were tested by injecting the drug into the bloodstream of the frogs and measuring average jumping distance under specific conditions. The effects of temperature on jumping distance were evaluated by carrying out the same experiments at a range of different ambient temperatures. The study was conducted on two different species of frogs, the leopard frog (Rana pipiens) and the Bullfrog (Rana catesbeiana), to see if the effects observed were species-specific or more general in nature.

The effect of JCl on jumping distance:

Ten specimens of Rana pipiens were injected with 1.0 ml. of a 10% JCl solution. Ten control frogs were given injections of 1.0 ml of a .9% NaCl solution. All frogs were maintained in 3 m square tanks at 250C for 1 day in 1 inch of water. At this time each frog was placed on an open floor and induced to jump 3 times by slapping the ground behind the frog. The jumping distance was defined as the average of the 3 jumps. The same procedure was repeated using Rana catesbeiana.

The effect of temperature on jumping distance:

The effects of JCl on jumping distance was studied in two species of frogs of the genus Rana at 250 C and subsequently on frogs that had been maintained over a broad range of temperatures.

Effect of JCl on jumping distance at 250 C:

The effect of temperature on jumping distance:

In addition it was noted that the treated frogs exposed to higher temperatures exhibited a measurable weight loss.

The effect of temperature on jumping distance in Rana pipiens

The effect of temperature on jumping distance in Rana catesbieana

The present study was carried out in order to see if JCl had any direct effects on jumping performance in frogs of the genus Rana. We hypothesized that the increased muscle mass shown in frogs with higher levels of JCl would result in improved jumping distance. We predicted, therefore, that frogs injected with JCl should have larger muscles and jump further than frogs that had not been injected with JCl.  JCl has the clear effect of increasing jump distance in both frog species (see Fig. 1, 2 and 3). These results support our original hypothesis that JCl would improve jumping performance.

The influence of temperature in modifying the effects of JCl on jumping performance was also evaluated. It was hypothesized that JCl acts by affecting the enzymes associated with muscle contraction. If this is the case it was predicted that jumping distance would increase exponentially with increases in temperature. Jumping distance is clearly temperature dependent. However, there are differences between the species in how this effect appears. For example, in R. catesbeiana no increase in performance occurs until the temperature exceeds 300C. This explains why no difference in jumping distance was observed at room temperature (Fig. 1).

The nature of the relationship between temperature increase and JCl effects on jumping distance was not consistent with our original hypothesis regarding the molecular mechanism of action of JCl. We had proposed that JCl affects the activity of certain enzymes. This led us to predict an exponential increase in jumping distance with temperature. The linear increase we observed is not consistent with the proposed mechanism. It suggests that JCl may be directly acting on the mechanical properties of the muscles themselves. Such a mechanism has been proposed for the action of the hormone gogetemall in the tree lizard Philanthropus fabricus (Herpbrain and Phutz, 1992). This suggests an interesting line of study for future experiments in which JCl- would be administered to isolated muscle preparations and its direct effects on contractile elements observed directly.

The observation that weight loss occurs when treated frogs are exposed to higher temperatures also suggests an effect of JCl on the overall metabolism of frogs. We are currently carrying out a study to test the direct effects of JCl on metabolic rate.

The results described above are important for understanding the role of JCl in the natural biology of these frogs. In Rana pipiens, reabsorption of JCl will clearly lead to increased jumping ability which can be expected to improve its survival chances. Moreover this advantage will occur at temperatures during which it is normally active (20-40 0C). The comparison with R. catesbeiana is interesting however. R. catesbeiana is not normally active above 300C. Nonetheless, R. catesbeiana absorbs JCl from its bladder. This strongly suggests that improved jumping performance alone cannot account for the evolution of the general tendency of frogs to reabsorb this substance. It would be very interesting to compare the relative amount of reabsorption in frogs active at temperatures where the effects on jumping performance occur versus those where it does not.

The results presented here also have serious implications for the use of JCl in frog jumping contests. Twain son (1990) expressed concern that the increased occurence of doping with this drug in frog jumping contests may have dire consequences for the sport. Here we clearly show that this drug has the potential to influence the outcomes. The seriousness of the effect on the results clearly depends on the temperature at which contests are held, as well as the species involved. Moreover we have recently found that use of JCl compromises the health of our frogs. Our results support the conclusions of Twainson (1990), and suggest that government regulation and drug testing may be in order.

Twainson CR. 1990. Frog jumping and drugs: an institution under attack. The American Unnaturalist 12:1-6