Other Links That May Be Useful

Franklin D. Roosevelt declares war against the Empire of Japan on December 8, 1941.

Day of Infamy - Pearl Harbor Day, December 7, 1941 - was a day that changed not only America, but the entire world. How did the Japanese get so close without being detected? What did we do wrong? Did our President have advance notice? Come learn the intriguing answers to these and other questions that have been asked over the years. We'll also watch film footage of the attack that you've never seen before. Spring 2011 Credit-Free Courses Catalog. 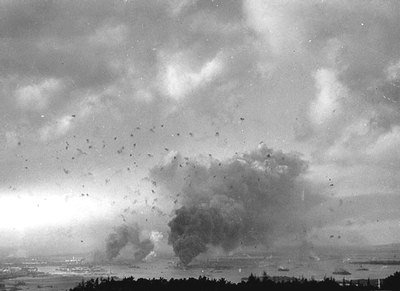 View of Pearl Harbor looking southwesterly from the hills to the northward.

Captured Japanese photograph taken aboard a Japanese carrier before the attack on Pearl Harbor, December 7, 1941.