The Beach by Alex Garland: About the Book 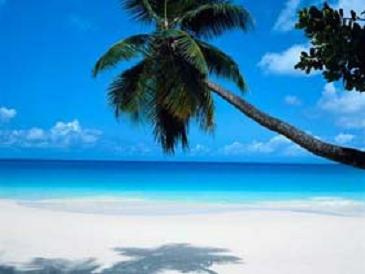 The Beach by Alex Garland

The Khao San Road, Bangkok — first stop for the hordes of rootless young Westerners traveling in Southeast Asia. On Richard's first night there, in a low-budget guest house, a fellow traveler slashes his wrists, bequeathing to Richard a meticulously drawn map to "the Beach."

The Beach, as Richard has come to learn, is the subject of a legend among young travelers in Asia: a lagoon hidden from the sea, with white sand and coral gardens, freshwater falls surrounded by jungle, plants untouched for a thousand years. There, it is rumored, a carefully selected international few have settled in a communal Eden.

Haunted by the figure of Mr. Duck — the name by which the Thai police have identified the dead man — and his own obsession with Vietnam movies, Richard sets off with a young French couple to an island hidden away in an archipelago forbidden to tourists. They discover the Beach, and it is as beautiful and idyllic as it is reputed to be. Yet over time it becomes clear that Beach culture, as Richard calls it, has troubling, even deadly, undercurrents.

Spellbinding and hallucinogenic, The Beach by Alex Garland — both a national bestseller and his debut — is a highly accomplished and suspenseful novel that fixates on a generation in their twenties, who, burdened with the legacy of the preceding generation and saturated by popular culture, long for an unruined landscape, but find it difficult to experience the world firsthand. 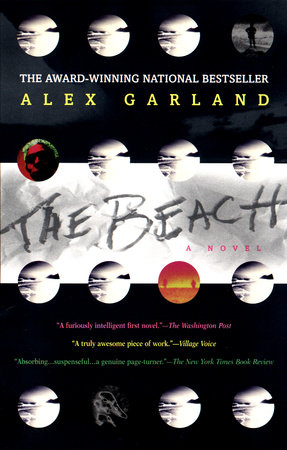 Richard is a young British man in his early twenties who has developed a habit of using travel to exotic destinations his version of escaping reality. He feels comfortable enough in foreign countries to purchase dope, stay in guest-houses that are off the tourist trail, and speak to strangers.

In this novel, Richard lands in Thailand without a specific agenda, and chooses to find a hidden beach reported to be a exotic paradise. He joins forces with a young French couple, and with the help of a map given to him, locates the beach and begins living in the commune. Dissatisfied with paradise, Richard manipulates the occupants, plays out his Vietnam war fantasies, and eventually ruins the paradise for everyone through his behavior and selfish attitude.

Richard lusts after Francoise, clumsily spies on the Thai guards, craves excitement, obsesses about video games, is a chain smoker and a marijuana addict, tortures a deranged man, murders Christo and causes the downfall of the beach commune.

Richard has a need to blend in and to belong to the country he is in, but that need does not extend to learning the language or the needs of the people. Richard goes through life as a curious observer without regard to anyone's feelings but his own. His purpose in life is to satisfy his own urges to smoke cigarettes, marijuana, play video games and see interesting and exciting things. He does not want to assume responsibility for anything that he does.

Richard's character lacks depth and emotion. He causes events to happen just to see what the reactions of the people around him. When reality arrives, he escapes, and when he cannot escape physically, he escapes by dividing part of himself into the apparition of the dead stranger, Mister Duck. His psychosis is so deep he has conversations and physical fights with Mister Duck, and at no point does Richard realize Mister Duck is him, and not just some ghost haunting him.

As he sits safely at his English job, months after his trip to Thailand, he shows no remorse for his actions and is proud of the scars he carries.

Etienne is Francoise's boyfriend and traveling companion. He is French, in his early twenties, and an experienced traveler. He has short hair, a slim build, and is attractive. He is the organizer for the three friends getting to the island, with plans and ideas, but once they arrive and danger is present, Etienne looks to Richard for rescue. Etienne blends in well at the commune, but when Karl becomes deranged, Etienne is angry to see that the commune puts the survival of their secrecy above helping Karl and taking him to the mainland. Etienne is afraid of Richard, but joins with him in plans to escape. At the end, it is Etienne who, along with Jed Keaty, saves Richard and escapes.

Etienne and Richard meet formally on the steps of the police station, although they had seen each other at the guest-house previously. In Etienne, Richard recognizes a kindred soul, a traveler with no agenda, a seeker of the good life. The difference is that Etienne has a beautiful girlfriend and Richard does not. Etienne sometimes seems to take the beauty of Francoise and his great luck in finding her love for granted. While at the commune, Etienne awakes one night to see Richard kissing Francoise on the cheek, and becomes jealous. This causes friction between Etienne and Richard for much of the time they are at the commune, until Etienne realizes he might be at risk of expulsion or worse from the commune if he does not regain Richard's good favor.

It is Etienne who organizes the plan to find the beach at the beginning of the book, and motivates Richard until they reach the commune's island and plunge into the dope fields. At that point, he loses all nerve and turns to Richard for direction and protection. As the novel develops, Etienne's character fades into the scenery for a bit, playing only the role of Francoise's object of affection. As conditions on the island deteriorate, he begins to take a more serious role, first by demanding Karl be taken for help, then by leading the party that rescues Richard and escapes from the island.

Francoise is Etienne's girlfriend and traveling companion. She is French, in her late teens or early twenties, and is attractive enough to turn heads as she walks past people. She has a tiny dolphin tattoo on her wrist. Francoise is a seasoned traveler, and believes the beach to be perfect in every way. She flirts with Richard but loves Etienne. In the novel she serves mainly as the unattainable love interest for Richard, but he is too stoned to pursue her in reality. She becomes a languid figure in the background, only joining in the escape plans because Etienne is leaving.

Daffy Duck is not his real name, but Richard never finds out the man's true identity. Daffy is a Scottish traveler who commits suicide in the first part of the novel, but returns regularly to speak to Richard in dreams and drug-induced visions. Daffy is the one who carefully drew a map to the beach, and who inspired Richard to seek out the alleged paradise, in spite of the many disparaging remarks about the place, overheard by Richard before actually meeting Daffy. Daffy has a boxer's face, with the lower jaw being too large for the rest of his face. His nose appears to have been busted many times. The man is thin and has difficulty carrying on a conversation. His method of suicide is slitting his wrists, which creates a tremendous amount of blood, and when he appears to Richard in the rest of the novel, he is always bleeding, and the wrists dangle helplessly. Mister Duck, as Richard calls him, is actually Richard's other self, the one that faces reality rather than escaping it. This concept of facing reality is so foreign to Richard's behavior that the only way he can deal with it is through this ghostly figure.

Sal is a woman who is the undisputed leader of the beach commune. Her name is short for "Sylvester". No one knows her real name. Bugs is her lover, and the two of them, along with Daffy, discovered the beach and created the commune in 1989. She is chubby, has long hair, a round face and heavy breasts. Sal has a way of making people feel comfortable, do their work and listen to her. She is considered fair and just. Sal steps over the line when she tells Richard to kill Karl. Her obsession with keeping the peace at all costs is one of the downfalls of the paradise she, Bugs and Daffy created. At the end of the novel, she has succumbed to the insanity of ripping apart the dead, and is speared by Jed.

Bugs Bunny is not his real name, but he, Daffy and Sal founded the community and have devoted their lives to maintaining it since that time. Bugs and Sal are lovers. Richard and Bugs do not get along, and Bugs is one of the protagonists in the story. Bugs tries to lord over Richard at the beginning, but Richard gets his revenge when Bugs is very sick and Richard refuses to help him.

This is the first member of the commune that Richard, Etienne and Francoise meet after their run from the Thai guards. Jed is British, deeply tanned and has a heavy beard. He wears a tattered pair of blue shorts and a shell necklace. Jed is about Richard's age. Jed has been a part of the commune for some time, but is reserved and not part of any of the work details. Sal has assigned him to protect the commune from intruders and from the guards, but this mission is secret. Jed is the first to learn of Richard's map being in the hands of Zeph and Sammy, and Jed is the first to discover that the Americans are on the adjacent island. Jed's true character is revealed as he begins to care for Christo, and he becomes obsessive about Christo's recovery. When danger arises, though, he returns to reality and helps rescue Richard and get to safety

Zeph and Sammy are two tall blond, athletic American young men who Richard meets on the beachfront at Ko Samui. The two friends are Harvard law students, and seasoned travelers who have various games they play with the people they meet along the way. One game is pretending to be stupid surfers like a famous character in an American movie, and the other game is to pretend they are referring to residents of Niger, Africa, when they use the offensive term of "nigger". Richard makes a copy of the map and slides it under their door before leaving for the beach, never dreaming of the consequences of that action. Zeph and Sammy follow the map and, with some other companions, are beaten and shot by the Thai guards at the dope field.

Keaty has been on the beach for two years, hates being on the garden detail, and spends hours playing a Nintendo game. Richard and Keaty strike up a friendship over the game, and Keaty plays the part of the guy who does everything wrong. Keaty's most serious blunder was throwing a dead squid into the fishing pot, making everyone sick. Keaty is not a strong character, but serves as a foil to Richard, making him seem less shallow and selfish in comparison to Keaty. Keaty is one who escapes with Richard and his group and ends up in England, working at the same company as Jed.

There are three characters who are often referred to as "the Swedes" because they are unnamed in the novel until their boat is attacked by sharks. Karl becomes deranged from the loss of Sten during the attack, and refuses to leave a hole in the lagoon beach until Richard frightens him away. Christo is mortally injured but takes a long time to die, and Richard eventually smothers him. 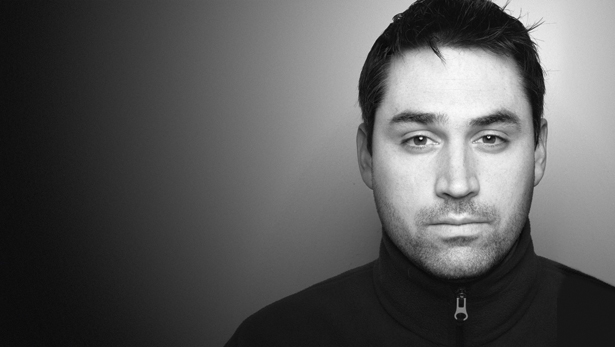