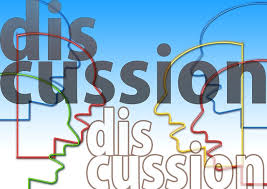 1.  Why is a pristine beach in a remote, exotic location so disirable to the jaded backpack travelers?  Why do they require sompeplace so exclusive, and from where do they get their feelings of superiority over the tourists and even the natives?

2.  Why does Richard, who was born the year after the Vietnam War ended, so fascinated with the terminology and scenes of this war?  How does the author weave this obsession into the fabric of the character and the plot?

3.  Why does Sal emerge as the leader of this paradise commune?  Discuss the role of women in this novel.  Compare the characters of Francoise and Sal.

4.  There are more than twenty residents of the commune, but the author only focuses on the actions and conversations of less than ten of them.  Why is this?  Why these specific characters, and what role do they play in the unfolding of the plot?

5.  When Sal, Bugs and Daffy begin the commune, Daffy puts zeros on the tree, indicating that the first year is Year One.  What is the symbolism of this?  Is it truly the beginning of life in paradise?

6.  How different would the beach commune have been id marijuana was not so available and prevalent for the residents?  Do you think it would have ended in the same manner?

7.  What is the symbolism of the physical barriers to the remote beach?  Why isn't is more accessible?  Why are the residents worried about newcomers?

8.  Discuss the irony of the commune buying their rice from a neighboring island and of Keaty's obsession with video games while living in paradise.

9.  Discuss the character of Richard.  Is he likable?  Does he deserve to escape relatively unscathed from his adventure?

10.  Is paradise on earth attainable?  Describe your version of heaven on earth and discuss how this could be achieved.