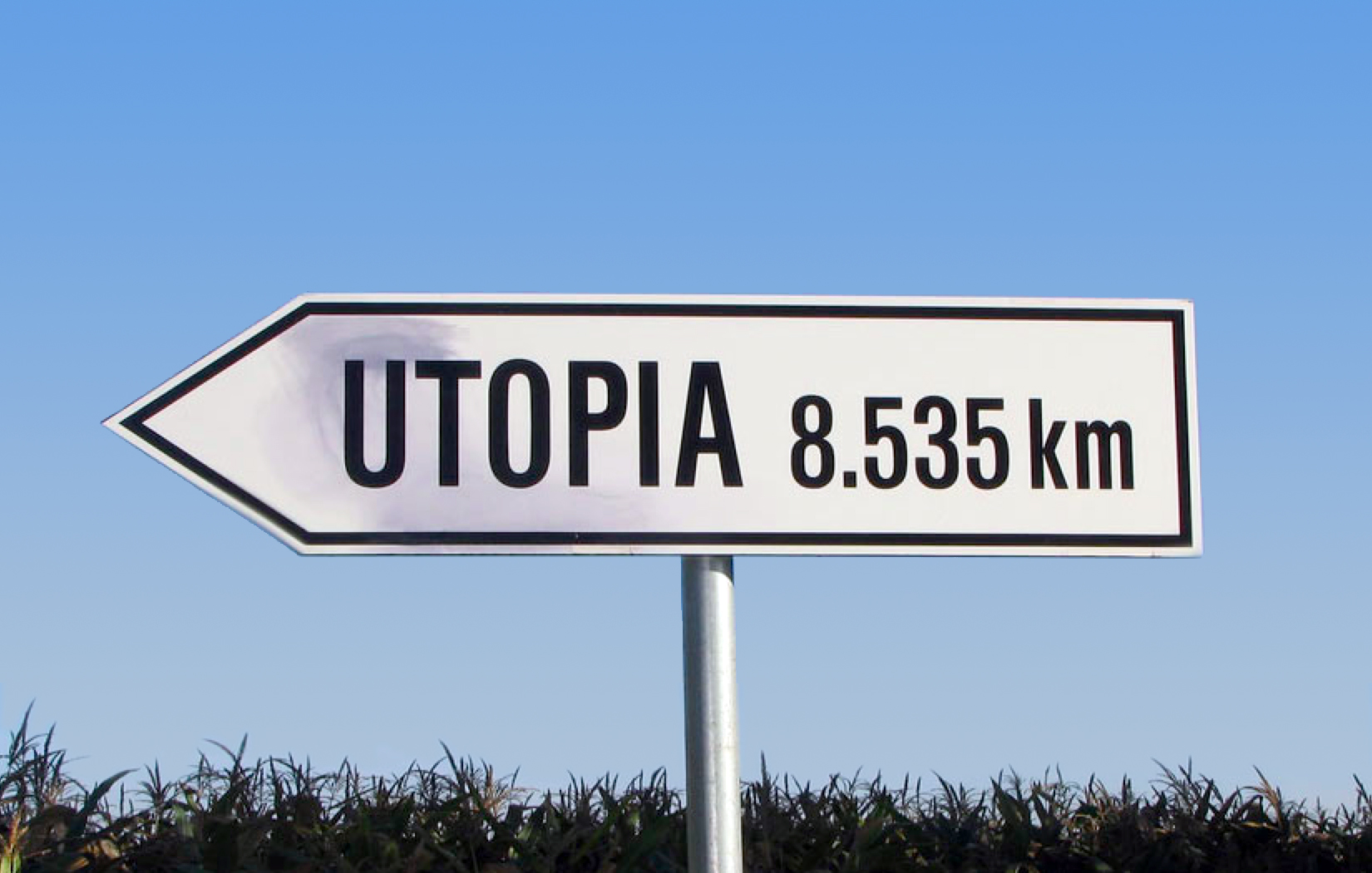 Paradise means different things to different people, but to backpackers such as Richard, Etienne, Francoise, and most of the residents of the beach commune, paradise is defined is the ultimate travel destination. Paradise is a place where these seasoned travelers can swim, sun, smoke marijuana and talk about themselves forever, with few outside distractions. They are amenable to performing menial jobs as a part of being allowed to stay, but they reserve the right to veto the inclusion of any new members to the island. This paradise is soon revealed to be a place where the occupants are not free or safe, as they are limited to one side of the island only, and there is a band of armed dope dealers in close proximity.

The author's message is that paradise is unattainable, and for Richard, it is boring. Richard's languid and elitist approach to travel as a form of escapism is abruptly shaken with the discovery of Daffy's suicide.

Throughout the novel the characters diligently attempt to reach paradise, and once there, try to bask in the sun and forget about the real world.

The commune sees itself as the ideal existence, but their vision is only possible if they ignore the reality of their situation. They consider themselves to be independent, but they require regular trips to civilization to get rice. They think they are pilgrims and natives, but they are not indigenous to Thailand, and one of them regularly uses a modern game for entertainment. The commune relies heavily on marijuana for their leisure, but this product is stolen from a group of ruthless dope dealers who choose to look the other way. Sal believe she is the benevolent leader of a peaceful community, but when chaos arrives, she loses control of not only the group, but of herself.

Richard sees paradise as not living up to his expectations. At first he is enthralled with it, then he becomes bored and irritated when the batteries for the Nintendo game run out. While living in paradise, Richard begins fantasizing about war.

This theme is present in every chapter of the novel, in every dialogue, in every movement of the plot. The author creates the picture of paradise, lulling the reader into thinking these characters have truly found heaven on earth, and then he begins pounding reality into the characters through betrayal, deadly secrets murder and violence.

The Society for Utopian Studies

To watch this film off campus click here: https://mcc.idm.oclc.org/login?url=http://digital.films.com/PortalPlaylists.aspx?aid=7053&xtid=52306