Learn about chick lit. what it is, the different genres, what titles have been adapted to film and chick lit titles found in the MCC Library collection.

"The natural inferiority of women to men is universally evident, and nothing intrinsic to the female sex naturally inspires respect..." Marquis de Sade.

"No woman ever wrote a really good book." Lord Melbourne to Queen Victoria.

"Biologically and tempermentally, I believe, women were made to be concerned first and foremost with child care, husband care, and home care." Dr. Benjamin Spock.

All quotes from "The Natural Inferiority of Women: outrageous pronouncements by misguided males." 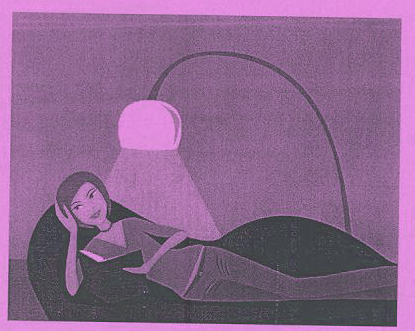 Depends on who you ask.

Here are some definitions:

"...a sub genre of the larger classification of women's fiction, generally a coming-of-age or "coming-of-consciousness" story where a woman's life is transformed by the events of the story. Chick lit generally has a sense of humor. It has a funny tone and voice, no matter how dire the circumstances. As a general rule, Chick Lit deals with topics that affect a woman's life."  Cathy Yardley, author of Will Write for Shoes.

"Chick Lit is simultaneously fiction about and for the "new woman", a form of popular literature (largely) written by women for a female audience. Suzanne Ferriss & Mallory Young, editors of Chick Lit: the new woman's fiction.

"Chick-lit, for me, is a twenty-first century marketing term that describes a genre that's been around for eons. It's a story primarily by and about and for women, Everywoman, with Everyday concerns, which is to say relationships, family, work, children, fashion, and especially romance."  Harley Jane Kozak, author of Dating Dead Men.

"Chick-lit whether an individual book falls into the entertainment or literary category helps us laugh and think about all the risks, responsibilities and ramifications of our choices. I see chick-lit as not necessarily defined by being literary or just pleasure reading (it can be both or either), but as a genre that adult women can empathize with and learn from, and a great addition to modern writing..." Caren Lissner, author of Starting From Square Two.

Chick-lit is entertainment...Although often with a modern twist, chick-lit represents classic stories and classic entertainment, which is why chick-lit (albeit without the label recently bestowed by marketing types) has been around for centuries." Julie Kenner, author of The Givenchy Code.

Chick-lit is any work of fiction that relates a compelling human story with wit, insight, intelligence and heart. Sometimes, even a male writer can pull it off." Andrea Schicke Hirsch, author of short story Meeting Cute.

Chick lit is genre fiction within women's fiction which addresses issues of modern women often humorously and lightheartedly. [1] The genre sells well, with chick lit titles topping bestseller lists and the creation of imprints devoted entirely to chick lit. Although sometimes it includes romantic elements, women's fiction (including chick lit) is generally not considered a direct subcategory of the romance novel genre, because in chick lit the heroine's relationship with her family or friends may be just as important as her romantic relationships. [2] Wikipedia.

Search the MCC online catalog to find  chick lit books and other materials in the library.

Some Stereotypes about Chick Lit:

3. Characters all maintain careers in the big city; usually publishing or advertising.

4. Characters are all in their twenties and WASPs.

If you yourself are interested in learning to write a chick lit novel, here are some titles that may prove helpful in getting you started.

This So Not Chick Lit!

"This is Not Chick Lit" is a celebration of America's most dynamic literary voices, as well as a much needed reminder that for every stock protagonist with a designer handbag and three boyfriends, there is a woman writer pushing the envelope of literary fiction with imagination, humor, and depth." Book cover quote from This is Not Chick Lit.

" As a feminist, I find the attack on chick-lit more than a bit disheartening. Is this where we are---one group of women writers mocking another, deeming its work irrelevant? Are women really criticizing each other about what they read? An author recently commented that the term chick-lit sounds as if the writing is about, for and by women, nothing more. Nothing more? Why isn't that enough? Author Jennifer Coburn from This is Chick Lit.